In complete contrast to the UN climate scare stories  UK professor of physics at Northumbria University Dr Valentina Zharkova has announced new research findings indicate the world is faced with an approaching mini ice age based on the exceptional behaviour of the sun.(see report by Peter McCusker Newcastle Chronicle.)  Her new research is based on observations of magnetic field variations in the sun over time.
She confidently predicts a Solar Grand Minima in solar cycle 25 starting in 2020 and lasting for at least 33 years.  Professor Zharkova believes that the cool summer we are experiencing is a precursor of what lies ahead.  Sun spot activity on the sun is declining and the last time that happened was in the 17th century from 1645 to 1715 known as the Maunder Minimum when people skated on the Thames. The global temperature then dropped two degrees with very cold bitter winters.
She has been studying background magnetic waves on the surface of the sun coming from both hemispheres and interacting with each other. The magnetic waves start their journey from opposite hemispheres of the sun and when they interact sun spots are produced. The intensity and number of sun spots depend on the amphiltude of the waves when they cross.  The wave amphiltude in Solar Cycle 25 starting in 2020 will be much reduced.   Sun spot activity and amplitude will decline as the sun goes through cycle 25 into cycle 26.  As the magnetic waves fail to cross this will mean no sunspot activity and so much cooler temperatures.
She says "the sun controls the temperature of all of the planets and anything else is pure fallacy".   She goes on to say that"the models that are being used to support this idea of man made global warming are flawed.  Much of the research is misleading and the models downplay solar activity but it is solar activity that is the key player in determining global temperatures"
(Report by Peter McCusker Newcastle Chronicle  13 July 2016)
Posted by Terri Jackson MSc MPhil MInstP No comments: 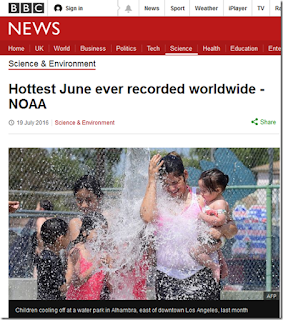 Last month was the hottest June ever recorded worldwide, and the 14th straight month that global heat records were broken, scientists say.

The US National Oceanic and Atmospheric Administration (NOAA) says global sea temperatures were fractionally higher than for June last year while land temperatures tied.
Its global temperature records date back 137 years, to 1880.
Most scientists attribute the increases to greenhouse gas emissions.
They also say climate change is at least partially to blame for a number of environmental disasters around the world.
The combined average temperature over global land and ocean surfaces for June was 0.9C above the 20th Century average of 15.5C, the NOAA said in its monthly report.
Last year was the hottest on record, beating 2014, which had previously held the title.
http://www.bbc.co.uk/news/science-environment-36841072posite!  Report from  BBC reporter Roger Harrabin: 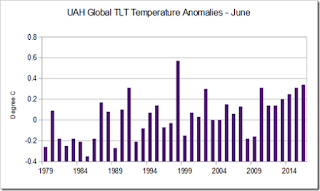 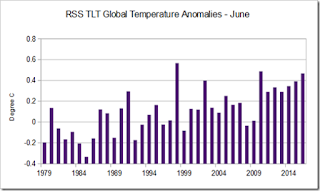 Lecture Professor Murry Salby. Atmospheric Carbon: Why its not pollution and why humans cannot regulate it.

Atmospheric Carbon: Why its not pollution and why humans cannot regulate it.

Summary: the independently corroborated evidence ofa much shorter CO2 absorption time means a faster removal of CO2.  this lowers the upper bound of antropogenic CO2 considerably, to only a couple of percent.  almost all the CO2 increase is therefore beyond human control.
After the turn of the century the growth of fossil fuel emission underwent a three fold increase. this resulted in 200% more CO2 being emitted by fossil fuel during the following decade than was emitted during the preceding decade.  yet the evolution of CO2 was virtually unchanged. Relative to natural variations (Climatological noise) increased CO2 from fossil fuel emission is presently not detectable. 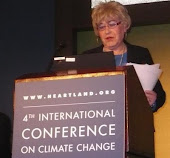